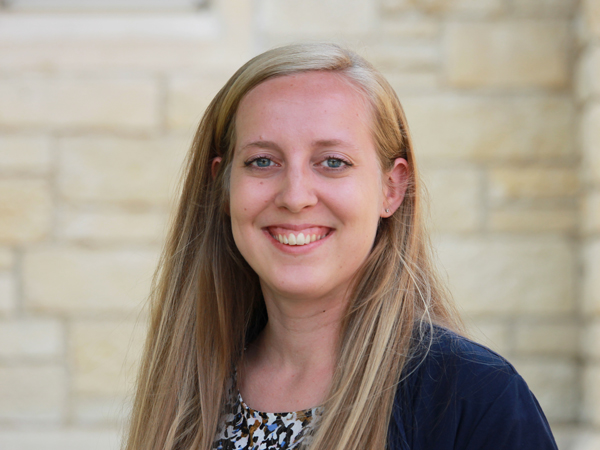 Bethany Johnson has served St. John’s since 2015, first in the capacity of kantor intern, followed by associate kantor. She has been kantor since 2018.

Bethany’s hometown is Plano, TX, where she began her work as an organist at Faith Lutheran Church in 2010. She graduated with a bachelor’s degree in Parish Music and Theology at Concordia University Wisconsin in 2015. During this time, she participated in two touring choirs, the Alleluia Ringers and Kammerchor, and served as an accompanist and organist for various LCMS churches in the Milwaukee area. Bethany earned her Masters of Church Music degree at the University of Kansas in 2017.

She has been a private music instructor in piano and violin since 2010, serves on the committee for the American Guild of Organists in Topeka, and has served as the organist for Higher Things conferences since 2016. Bethany is married to Kyle Johnson, and they have three children.