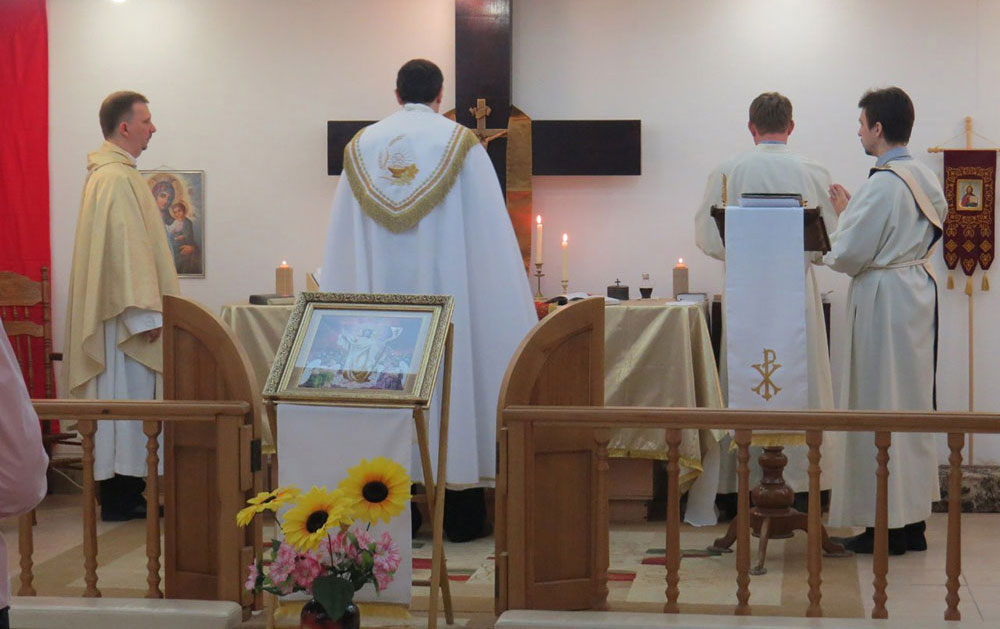 St. John’s in Topeka helps support a partner church, St. John’s Evangelical Lutheran Church (ELCIR) in Saratov, Russia. Our churches are separated by nearly 6,000 miles, but we share much in common, including a commitment to the historic liturgy, confessional teaching and practice, and even ancestry. A number of parishioners at St. John’s in Topeka are descendants of the Volga Germans, a group of German farmers (many of them Lutheran) who colonized the Russian steppes near the Volga River and Saratov during the 18th century.

St. John’s began supporting mission work in Russia in 2000 as part of a larger effort in The Lutheran Church––Missouri Synod (LCMS) to help reestablish the Lutheran church in that country after decades of suppression.

Lutherans have worshipped in Russia for more than 400 years, but during the twentieth century they faced serious persecution under the Communist regime. By the end of the 1930s, Lutheranism was virtually eradicated; all Lutheran churches and schools were closed, and pastors were exiled to labor camps, leaving parishioners without leadership for many years.

In the early 1990s, the situation took a promising turn after the dissolution of the Soviet Union. The long-established Lutheran church, the Evangelical Lutheran Church of Ingria in Russia (ELCIR), was once again recognized by the State, and in 1992, the Siberian Evangelical Lutheran Church (SELC) was founded. The LCMS currently shares altar and pulpit fellowship with both of these church bodies. (For more on LCMS efforts in Russia, click here.)

About the Pastors of St. John’s in Saratov, Russia 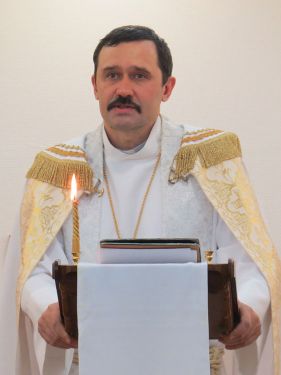 Rev. Olav Panchu was born in 1969 in Saratov. Throughout the years of Soviet control, he and his family gathered secretly with other believers for common prayer, Lutheran worship, and to sing hymns.

In 1987 Rev. Panchu entered college and, after 5 years, received his diploma of international journalism and politics from the university in Moscow. He studied and worked in Dehli, India before returning to Saratov. Later, in 2001, Rev. Panchu finished his studies at Concordia Theological Seminary in Fort Wayne and received his master’s degree. Afterward, he again returned home to Saratov, where he was ordained as a pastor.

Rev. Panchu is deeply involved in his church and community, serving not only as the senior pastor at St. John’s Lutheran Church, but also as the district president of the Volga District Church Region of the Evangelical Lutheran Church of Ingria in Russia (ELCIR). Additionally, he is a member of both the church council and the religious board appointed by the governor of the Saratov province. Rev. Panchu is finishing his doctoral degree through distance learning with Concordia Theological Seminary in St. Louis. 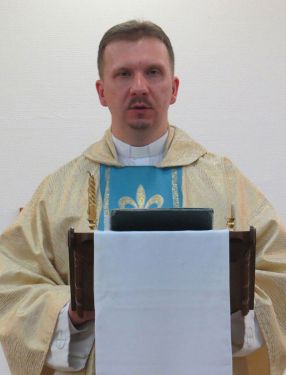 Rev. Alexander Furs was born in Saratov, Russia, on May 6, 1980. His mother worked as a teacher at the musical school, and his father worked as an engineer. His great-grandfather, Georg Heinrich Jäger, was “the last” Volga German of their family. He passed away in 1939, which is why the Furs family were not deported to Siberia in 1941 with the other Volga Germans according to Stalin’s orders.

Rev. Furs spent his early years studying at a classical gymnasium, which is a school that emphasizes the study of Latin and Greek as part of its core curriculum. Afterward, he attended Saratov State University, where he studied sociology, specifically focusing on the Evangelical Lutheran Church’s role as a social institution. He is currently working on his dissertation.

On August 18, 2002, Rev. Furs was ordained as a deacon by Bishop Arri Kugappi in St. George Church in Koltushi, St. Petersburg. This church is one of the largest congregations of the Evangelical Lutheran Church of Ingria in Russia. Two years later, he was ordained as a pastor there as well. Since that time he has served as a pastor at St. John’s Lutheran congregation in Saratov.