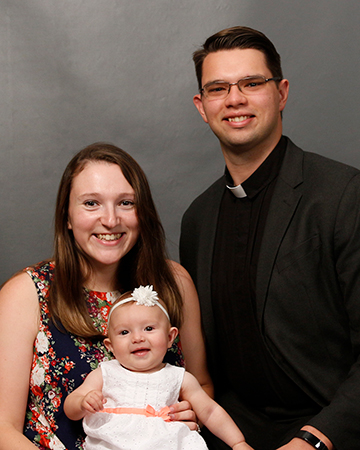 Seminarian John Kastner was assigned to serve his one-year vicarage St. John’s. Vicar Kastner is married to Beatrice and they have a one-year-old daughter, Anastasia, and are expecting another child in December. Vicar has lived in several different places, including Washington State and Virginia. However, he is familiar with this part of the country as he attended Concordia University Nebraska where he received a Bachelor of Science in Computer Science.