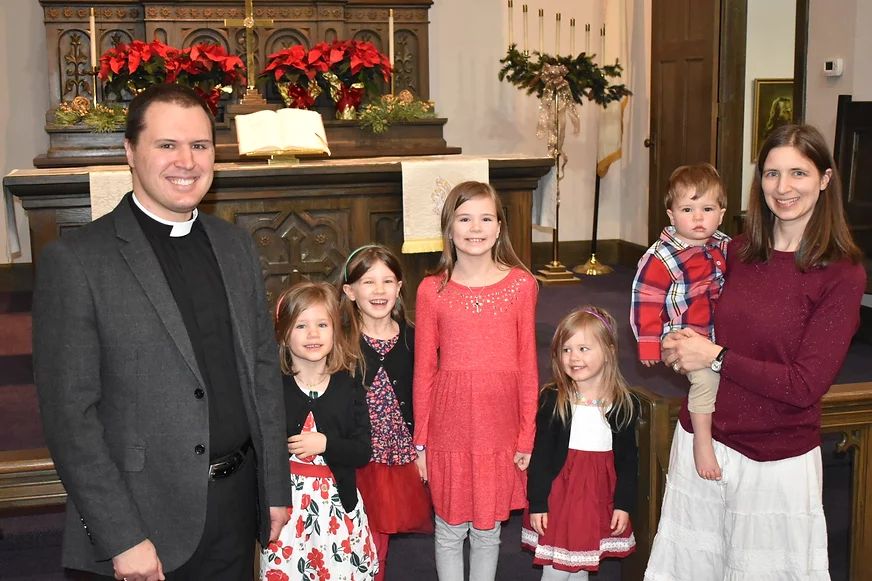 Pastor Andy Wright was born and raised in Circleville, Ohio. He graduated in 2007 from Concordia University in Ann Arbor, Michigan with a B.A. in Biblical Languages. He then attended Concordia Theological Seminary in Fort Wayne, Indiana graduating with a Master of Divinity in 2011. He was selected to serve as a Graduate Assistant at the seminary the following year while completing classes for his Master of Sacred Theology (S.T.M.). He was called to serve the saints of God at St. John in Keystone, Iowa that Spring and was ordained on July 22, 2012, in Ohio and was installed as Pastor of St. John in Keystone on July 29, 2012. He served the people of God there until September 2022. On October 2, 2022, he was installed as the Senior Pastor of St. John’s in Topeka.

In May 2018 Pastor Wright completed his thesis and graduated with his S.T.M. in Systematic Theology (Doctrine). His thesis concerned the preaching of Martin Luther, the third use of the law, and the Formula of Concord. In August 2019 he began his studies for a Ph.D. in doctrinal theology from Concordia Seminary in St. Louis, Missouri. He has completed his coursework and exams and is now working on research and writing for his dissertation in the area of The Lutheran Confessions.

​His areas of focus and interests in theology are: The Lutheran Confessions, Luther studies, and the liturgy and worship of the church. While serving in Iowa, he served on the worship committee of Iowa District East and has written papers, given presentations, and taught classes on topics relating to worship, the subjects of his S.T.M. thesis, and Ph.D. work. He has also been on various radio/podcast programs and written for various things. He is also currently working on a book with Concordia Publishing House on the topic of how the Lutheran Confessions help, shape, and form our confession of Christ in the world.

Outside of theology he enjoys spending time with his family, playing tennis, and anything pertaining to aviation and the space program. He has always wanted to be a pastor and an astronaut to the extent that he was told he should be a “pastornaut” a handle that has stuck with him for email addresses and the like since.

​While studying at Concordia University he met Rebekah and the two of them were married on May 22, 2009. God has blessed them with four beautiful daughters Magdalena, Anastasia, Evangeline, Petra, and a son Boyd.